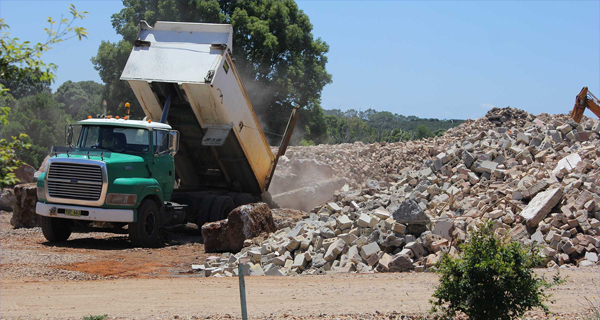 The illegal dumping of nearly a tonne of asbestos, along with other demolition waste, has cost a company and its director a $10,000 fine each in the Wangaratta Magistrates Court.

EPA Manager, Major Investigations, Dallas Clowes says the investigation began when a member of the public spotted the industrial waste in a pine plantation.

“The company had obtained the waste during demolition work, and the Director admitted to transporting it there for storage and sorting to save money,” Mr Clowes said.

They took samples of the material in the plastic bags and were able to confirm there was approximately 800 kg of two different types of asbestos.

The site was not licensed to accept industrial waste, and the owner of the property was unaware of the dumping.

“EPA issued the company with a Clean Up Notice, giving it the opportunity to clean up the mess and avoid a fine, but the deadline passed and the waste had not been removed,” Mr Clowes said.

The company and the Director both pleaded guilty in the Wangaratta Magistrates Court and were convicted. Magistrate Peter Dunn said that this was a serious matter where the need for general deterrence was high.

“There is a clear warning in this for anyone who engages in illegal dumping of industrial waste, that any passing member of the public can easily report it, and EPA will not hesitate to hold the offender to account,” Mr Clowes said.

“EPA takes a zero tolerance attitude to the illegal disposal of construction and demolition materials at sites that are not licensed to receive them,” he said.

The dumping was reported to EPA in September 2018. EPA officers inspected the site in October 2018, and again in December 2018, then issued a Clean Up Notice in January 2019. An inspection in April 2019 showed the waste had not been removed.

Hunt Environmental Pty Ltd and Mr Hunt were each charged with depositing industrial waste at a site not licensed to accept it, in contravention of section 27A(2)(a) of the Environment Protection Act 1970.

The waste has since been removed from the property.