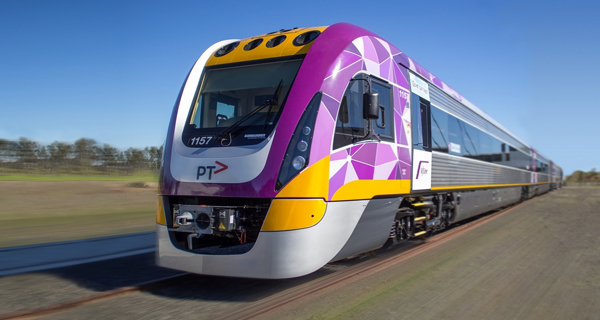 Rail passengers in Victoria will enjoy a smoother ride and fewer delays between Albury-Wodonga and Melbourne following the completion of main construction contracted works on the $235 million North East Rail Line upgrade.

“Any infrastructure funding we invest in means locals jobs for local proponents, local contractors and economic stimulus for local businesses, laying the foundations for Victoria’s recovery from the COVID-19 pandemic,” the Deputy Prime Minister said.

“With the completion of the main works on the North East Rail Line upgrade, passengers will experience more reliable services and a better ride quality between Spencer Street Junction in Melbourne and Albury-Wodonga.

“The works bring the rail line up to a Victorian Class 2 track performance standard, which is in line with other regional passenger rail lines in Victoria, including accommodating new VLocity trains on the line.

“The benefits of this project go beyond the passenger experience, with more than $70 million invested into regional North East Victorian communities since the start of the project in early 2020, which has supported 173 Victorian businesses and service providers.”

Minister for Finance Simon Birmingham said the Australian Rail Track Corporation (ARTC), together with contracting partner John Holland, were able to deliver the works ahead of schedule and above the original scope of the project.

“The early success of the North East Rail Line upgrade meant the Australian Government could task ARTC to consider what further works might be accelerated with the pandemic offering the unusual opportunity to fast-track some of Australia’s major infrastructure projects during a time that would have minimal impact on commuters,” Minister Birmingham said.

“Accelerated works took place on the line between July and November 2020, with ARTC delivering additional turnout renewals and more than 30 extra bridge deck conversions, enhancing the services and safety to passengers and communities of North East Victoria.

“We also extend our thanks to the team of 100 John Holland contractors that were based in Wangaratta, many of whom made personal sacrifices to remain in regional Victoria to continue working and complete this project as the pandemic struck.”

Senator for Victoria Jane Hume said the project was delivered by ARTC on behalf of the Australian Government with support from Victorian transport agencies including V/Line, Public Transport Victoria, Transport for Victoria and Rail Projects Victoria.

“This was a large-scale project that involved approximately 615,000 working hours and we would like to thank everyone who played a part in the successful delivery of this significant project including the communities of North East Victoria,” Senator Hume said.

“Whilst the objectives of the project have been achieved with the completion of major works, some project signalling works will continue throughout the remainder of 2021.”

“Government investments like these have long-reaching benefits, from supporting businesses in the region to keeping people in work,” Senator McKenzie said.

“Businesses such as the Euroa Caravan Park were kept open with the work crews’ business and CountryWide Asphalt received a boost by providing thousands of tonnes of asphalt for the upgrades.”

The Australian Government has invested more than $2.2 billion in regional passenger rail projects in Victoria.